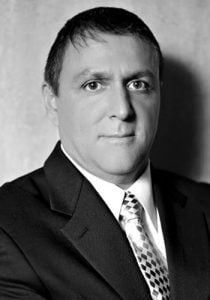 Dr. Gus J. Spatharakis D.C. was born in Crete, Greece in 1968. He and his family immigrated to the United States in December of 1975 and proudly became United States citizens in 1981. Dr. Spatharakis attended Loyola University of Chicago where he obtained a Bachelor of Science degree in 1995. He obtained his Doctorate of Chiropractic at the National College of Chiropractic in April of 1999. During his time at the National College of Chiropractic, he served as Sergeant of Arms at the esteemed Sigma Phi Kappa fraternity. He was a founding member, president, and instructor of the Applied Kinesiology Club on the NCC campus.

Upon graduation he was awarded the honor of Clinician of His Class, the highest honor that can be bestowed upon interns for their clinical skills, work ethic, and compassion toward their patients. Dr. Spatharakis’ post-graduation education has taken him all over the country where he has amassed over 1400 hours of Basic Applied Kinesiology courses. He has learned from several instructors including founding members George J. Goodheart, David Leaf, Louis Boven, Al Zatkin, and has been personally mentored by Danial H. Duffy Sr., one of the true legends of Chiropractic.

Before finding his passion in health care through Applied Kinesiology, Dr. Spatharakis spent eleven years studying Eastern philosophy through the martial art aspect, achieving a third-degree black belt in eight different styles, and assisting in the training of hundreds of students. Dr. Spatharakis is an active supporter of a number of worthy charitable organizations including the Rape Victim Advocate Group of Chicago, Muscular Dystrophy, and the Jerry Lewis Foundation. 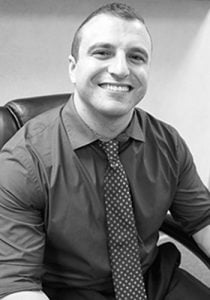 Jason Domico is a graduate of National University of Health and Sciences for his doctorate of chiropractic and Lewis University for his undergrad degree. Jason received a full scholarship based on academics for his education at Lewis.

Dr Jason brings an old fashioned hard work ethic to every patient he sees, along with energy and a big SMILE. He also brings a high level of knowledge from his sports background, study of nutrition, power lifting, and body building background.

“From all my years of training, I have mastered how food can affect the body and the mind, both good and bad. It’s a great feeling to help someone reach their goals, whatever they may be. I love the fact that one can help a patient look and feel exactly how they desire, by just modifying diet and exercise.” – Dr. Jason

Dr. Jason will be available during our Palos Heights Clinic hours.